Alliance Staff & Board Meet the Board

Our staff and board are vital to accomplishing the Alliance’s vision and mission. 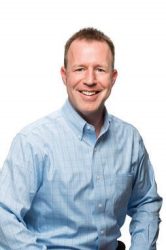 Joe Theine, MBA, joined Animas Surgical Hospital as CEO in 2019 and has been an active leader of the Durango healthcare community for more than a dozen years. Joe was the Executive Director for San Juan Basin Public Health Department from 2011-2013 and worked at Mercy Regional Medical Center from 2008-2011.

Joe is passionate about the how local, independent healthcare providers improve access, quality, and cost of care. In addition, he has a special interest in how healthcare providers contribute to economic stability and growth in many sectors of the economy. It is through a combination of experience, passion for our community, and helping those who call La Plata County home that he is seeking greater involvement in the La Plata Economic Alliance as a Board member. 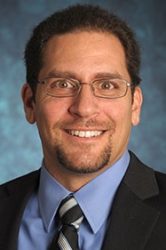 Dr. Steven Elias is the Dean of the Business School at Fort Lewis College and the founder and Director of the Fort Lewis Center for Innovation. Steven holds a doctorate in applied social psychology from Colorado State University, along with a master’s degree in applied psychology from Auburn University Montgomery and a bachelor’s degree in psychology from the University of South Florida. Previously, he was the Robert O. Anderson Distinguished Professor in the College of Business at New Mexico State University, where he was also a 2010 Bill Daniels Fellow in Ethics. While at NMSU, he held several administrative positions, including NMSU Director of the Woodrow Wilson MBA Fellowship in Education Leadership program, Interim Associate Dean for Research, Head of the Management Department, and PhD Program Director.

Steven is very active in both the local business community and the Association to Advance Collegiate Schools of Business. Although Steven is interested in several areas of organizational behavior, his primary interests revolve around leadership, managerial influence, social power, self-efficacy, job attitudes, and deviant workplace behavior. 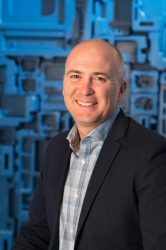 Mitch grew up in the Four Corners and is the President of the Rocky Mountain Region for ImageNet Consulting, a total office technologies company with operations in 7 states. Launching this division of ImageNet in 2012, his team has grown from 6 to 49 employees while experiencing revenue growth of 400% through supporting nearly 2200 clients along the Western Slope of Colorado and Northern NM. Prior to his role at ImageNet, Mitch served 11 years as Vice President and Director of Procurement and Technical Provisioning for BOK Financial, a 34 billion dollar financial services company based in Tulsa, OK.

Mitch celebrated his 27th wedding anniversary this year with his wife, Christal. They have one son, Triston, who lives in Atlanta, GA working in the TV and Film Industry. Mitch enjoys volunteering in the community and proudly served on the La Plata County Economic Development Alliance board for 5 years, holding the Chairman role for 18 months of that term. In addition, he served as past President of the Durango Diplomats, past President of the Durango Wine Experience, is a 2017 graduate of Leadership La Plata and currently sits on the Fort Lewis College Foundation Board of which he has been a member of since 2018. In addition to being an active contributor in the community, he loves spending time in the outdoors hiking, biking, fishing and is always up for kicking off karaoke night. 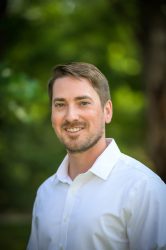 Jason Portz joined Bank of Colorado in 2003 and is currently the Market President in Durango. He is a Business Management graduate from St. John’s University and graduated from Pacific Coast Graduate School of Banking at the University of Washington in September 2012.

Jason grew up in a small farm community in NW Iowa. After graduating from St. John’s, he moved to Durango to pursue a banking career working with a wide variety of businesses and industries in the Durango community. He is committed to the La Plata County community and has served on boards for Big Brothers Big Sisters and Durango Daybreak Rotary. He currently serves on boards for the Durango Education Foundation, Fort Lewis College Foundation, Durango Industrial Development Foundation (DIDF) and was appointed by Governor Polis to the state board of Colorado Health Facilities Authority (COHFA). He is also a graduate of the 2010 Leadership La Plata program. 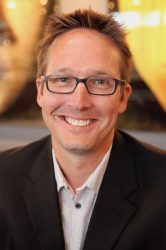 As County Commissioner, Matt will serve as the Board Liaison for the Sherriff’s Office, Coroner’s Office and District Attorney’s Office, as well as the County representative on the La Plata County Economic Development Alliance, Housing Solutions for the Southwest and the Durango-La Plata County Airport Commission. 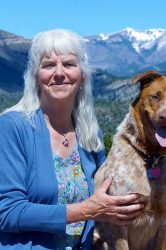 City Council
When I moved here in 2009, I wanted to participate in City activities, so I applied for and was appointed to the Natural Land Preservation Board. After my term on the NLPB, I joined the Multi Modal Board. Having the opportunity to serve on the Planning Commission gave me the chance to use what I knew about the Land Use Development Code and the Comprehensive Plan to inform decisions about development in the City.

My career and education focused on Finance – both in the hospitality industry (hotels & restaurants) and as a consultant to numerous, diverse businesses. Being elected to City Council is an honor and I deeply appreciate that the community feels that I can and will represent their values to the best of my abilities. 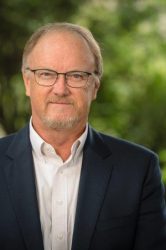 Kent Curtis is President and CEO of First Southwest Bank, a $500 million certified Community Development Financial Institution (CDFI). He is also President of First Southwest Community Fund, a 501c3, and he is Co-founder of HelloBello.biz. In a unique way, these three entities fulfill the bank’s mission in serving the underserved and unbanked.

Kent began his banking career upon graduation from Fort Lewis College in 1982 and he has spent his entire banking career, spanning over 35 years, as a community banker on the Western Slope, including the last twelve years in Durango. He is a former board member of the Durango Chamber of Commerce and FastTrack Communications, and currently sits on several local boards and committees, including the Homes Fund loan committee. Kent met his wife April while they were both working at the Durango Herald during his college years and they have one son (Ben) that is also a Durango area resident. 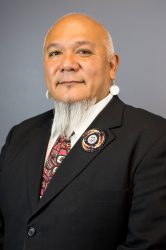 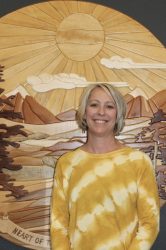 Town of Bayfield Mayor
Ashleigh Tarkington was elected as Mayor of Bayfield in 2020. She served as Trustee for two years prior and has served on the boards of Bayfield Chamber of Commerce, Pine River Library, and Region 9. Ashleigh Tarkington is a graduate of Fort Lewis College (2000) with a Bachelor’s degree in exercise science. She attended graduate school at California State University Long Beach before returning to the Bayfield area. She has owned and operated the Billy Goat Saloon since 2003.

The Billy Goat Saloon has been an island for thirsty travelers, a refreshing watering hole for touring motorcyclists and a live music hot spot for the Four Corners area for 30 years. The building that houses the Billy Goat Saloon was originally built in 1952, and has served as a rock shop and a café in the aptly named Gem Village before becoming a bar in the late 1950’s. It went by the names the Coloradoan, the Westerner, the Last Chance Saloon, and then finally the Billy Goat Saloon in 1982. The Goat celebrated its 30th anniversary in 2012.

Meet the Staff Working as a Team is critical to the success of La Plata County. If you would like to know more or meet us, please stop by our office at 2301 Main Avenue, Durango Colorado or call us at 970-259-1700.

Michael French started his own IT Infrastructure Service company at the age of 28 and grew it until it was sold to a public entity 8 years later in 2005.

He stayed with that same organization in executive roles through various mergers and acquisitions for the next 11 years exiting as the Chief Marketing Officer of a $3B company.

He went on to run a leadership development consulting firm for a couple of former Blue Angel pilots and Navy Admiral as Vice President of Operations.

Has been heavily involved in local and regional, not for profit organizations including Mountain Studies Institute and is and current President of the Southwest Colorado Community Foundation Board of Directors.

He has been small business owner, advisor, and investor.

Has been a Durango resident for 12 years with his wife Celestia and his two children Bodhi and Aila.

Please feel free to reach out to Michael if you have any questions or your business is in need of assistance.

Michelle has a solid background in public and private partnerships and operations. In her career, she has served as a town administrator and a town clerk for several years and also worked for the Department of the Interior, Bureau of Land Management.

Michelle has recently overseen operations at Mountain Studies Institute in our community, solidifying large contracts with the Federal, State, and local governments. She is an accomplished administrator of personnel and program management and has expertise in grant-making and strategic planning.

Michelle graduated from Adams State University and has second degree from University of New Mexico. She has a daughter attending Fort Lewis College and another daughter in high school. Michelle is an avid outdoor enthusiast and was a certified EMT for 6 years and has training in Avalanche Safety and Swift Water Rescue. 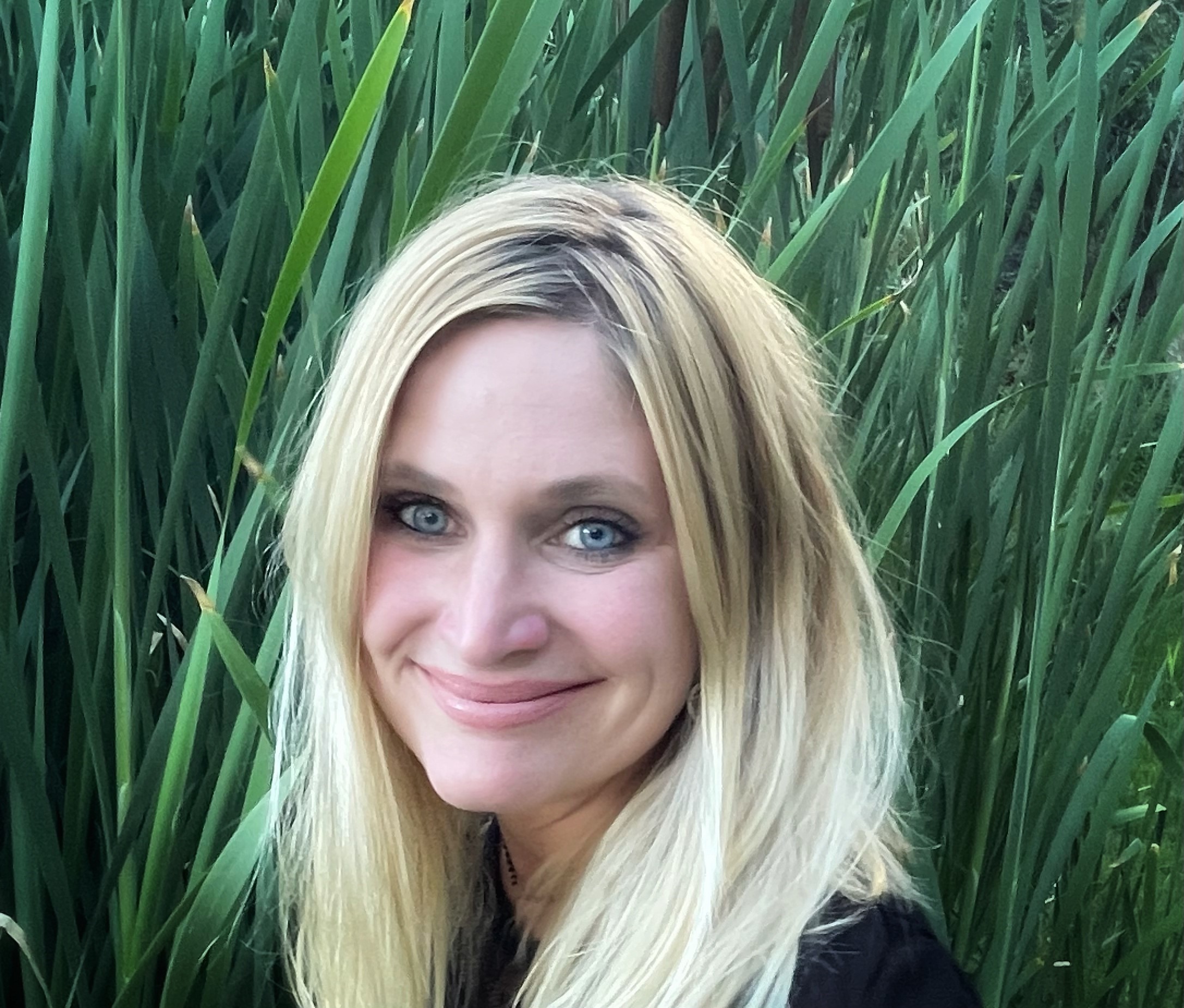